Welcome to our blog all about sport. On this blog we will share with you results, injuries, stats, news and others from the sporting world. Stay tuned to hear our dailey updates on everything you need to know+. I hope you enjoy looking through this blog and help spread around this urgent message, VISIT THE HOME OF SPORT. This blog will share all sports from Badminton to rugby, boxing to soccer. To find out more ask a question by commenting or contact through e-mail.

This game is a good game about sport it is called Kanga kick here is the link to play it is a lot of fun http://www.adweb.com.au/kangakick/playkk2006.html

1 choose the kick you want to do you can do a Torpedo,bannana,Drop punt

2 the click on power And choose the power you want

3 You get three chances

Defending champ Sebastian Vettel has shown the best time at the qualifiers for the first Grand Prix of the 2011 Formula 1 season in Australia, while Russia’s Vitaly Petrov will start from sixth place, which is the best result of his career. ­Vettel needed 1 minute and 23.529 seconds to conquer the track at Albert Park in Melbourne. McLaren man Lewis Hamilton will accompany the German in the front row, while Vettel’s Red Bull teammate and home favorite Mark Webber produced the third result. Lotus Renault driver Vitaly Petrov in his second year in F1 had his best qualifying session so far, 1.718 seconds behind Vettel.

Bathurst 1000(the great race)Is a race were people all over the world come with V8 racing cars and race for the Peter Brock trophy.this years winner was Nick Percat.Here is the website To find out more Bathurst 1000 website

Who will win the cricket

Who will win the cricket ? Send me a comment and tell me who you think will win and why!!!

Departing Collingwood coach Mick Malthouse has backed Nathan Buckley to make the Magpies a better team in 2012 as the fall-out from the Grand Final loss to Geelong continued on Sunday afternoon.

On what was initially a sombre occasion in front of about 1000 die hard supporters at Gosch’s Paddock in Jolimont, Collingwood’s defeated Grand Final side was presented to the crowd, before Malthouse took to the stage for the last time as Magpies coach.

But in a warm address from the often taciturn coach, Malthouse’s words seemed just the spark needed by fans as they come to terms with a dominant season made virtually meaningless by the 38-point loss to the Cats on Saturday afternoon.

1 No more than 18 players of each team are permitted to be on the field at any time.

2 A game consists of four quarters and a timekeeper officiates their duration. In professional Australian football, quarters are 20 minutes plus time on. Time on refers to clock being stopped when the ball is out of play, meaning that an average quarter could last for 27 to 31 minutes. At the end of each quarter, teams change their scoring end.

3 2 teams battle it out to win

4 The most common style of kicking seen in today’s game, principally because of its superior accuracy, is the drop punt the other types are a torpedo, Banna where the ball spins.

5 A goal, worth 6 points, is scored when the football is propelled through the goal posts at any height (including above the height of the posts) by way of a kick from the attacking team. A point is worth 1 point a point is where the ball goes between 1 goal post and 1 behind post.

6 There are 3 field umpires that umpire the field. There are 4 Boundary umpires that throw the ball back in to play and 2 goal umpires that say if it is a point or a goal, there is also 1 emerengency umpire incase an umpire gets injured.

They are Some of the most Important Rules in AFL

Members of a golf club in Brisbane have something more to worry about than just their swing, playing on what is thought to be the world’s first shark-infested course. Six man-eating bull sharks live in the lake in the centre of the course at Carbrook Golf Club, where their fins poking through the water has become a regular sight.

The sharks, which are between 2.4m-3m long, got onto the Queensland golf course when it flooded some years ago after a river broke its banks.

They became stranded when the water receded, but now they are thriving and even breeding, Sky News reported.

“There’s no drama, it’s become a positive thing for the golf course. They are amazing. I’ve become a shark lover since working here.”

Although the lake is well stocked with fish, Wagstaff occasionally throws in meat to encourage the sharks to come near the surface.

“I’m sure they are aggressive when you are in the water but when you are out here feeding them they are beautiful to watch,” he said. 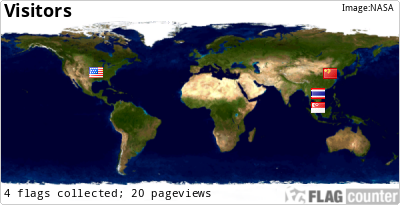